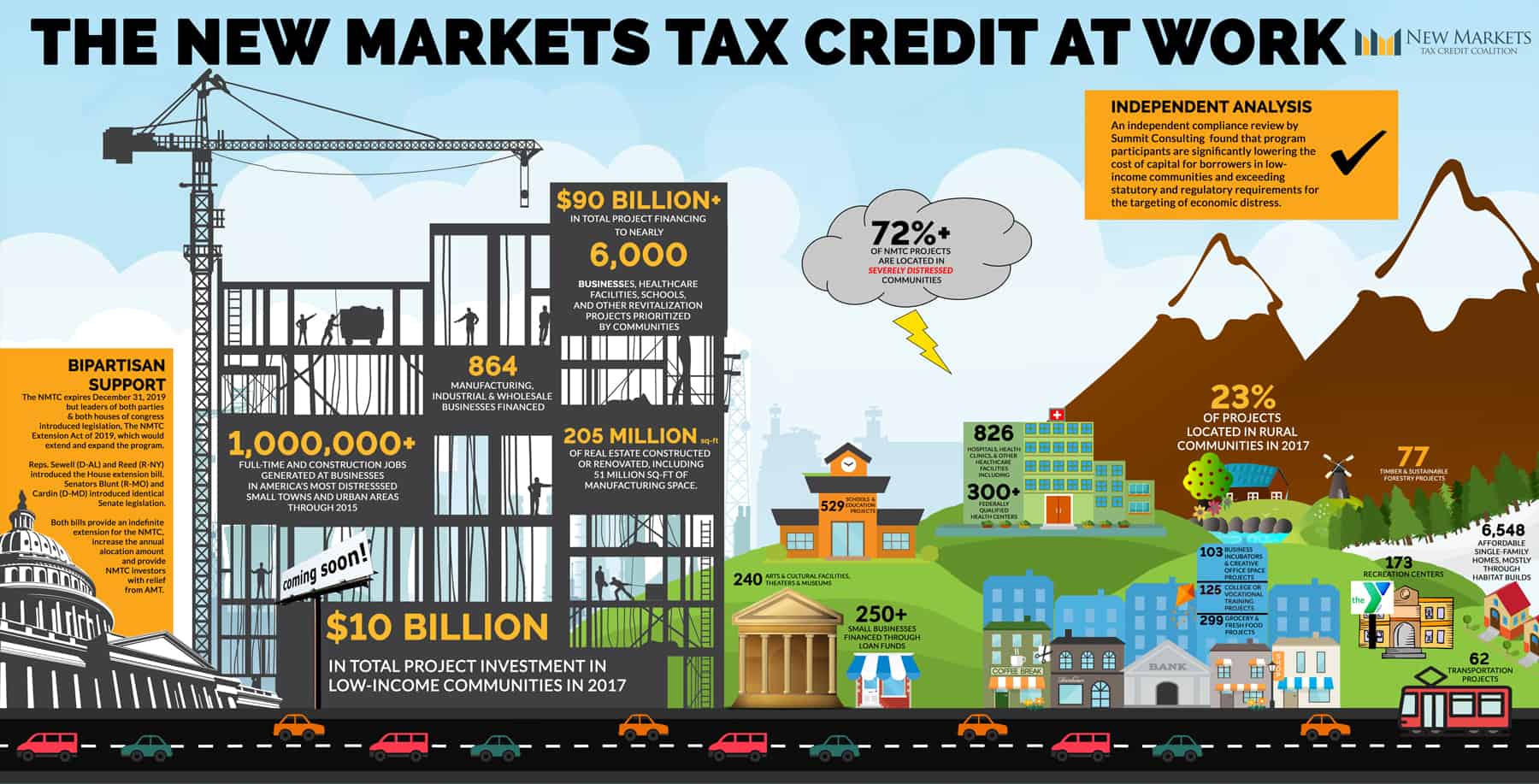 Washington, D.C. March 12, 2019 – Legislation was introduced in the House and Senate to secure the future of the New Markets Tax Credit (NMTC). Congresswoman Terri Sewell (D-AL) and Congressman Tom Reed (R-NY), introduced the House bill. In the Senate, the bill was introduced by Senators Roy Blunt (R-MO) and Ben Cardin (D-MD). The bills, both titled The New Markets Tax Credit Extension Act of 2019, would ensure that rural communities and urban neighborhoods left outside the economic mainstream have access to financing that stimulates economic growth and job creation.

Established in 2000, in the Community Renewal Tax Relief Act (P.L.106-554), also called the New Markets Tax Credit, is a bipartisan effort to drive economic growth in low-income urban neighborhoods and rural communities. Congress extended the NMTC for five years as part of The PATH Act. (P.L. 114- 113) in December 2015. As Congress and the Administration continue to push tax reform, organizations, businesses and communities that have seen the positive impact of the NMTC have increasingly urged Congress to make the credit a permanent part of the tax code.

“Last Congress, over 125 members of Congress from both parties cosponsored NMTC extension legislation. The strong support of the New Markets Tax Credit was a direct result of the tangible impact it makes in distressed rural and urban communities that have been left outside the economic mainstream,” said Bob Rapoza, spokesperson for the NMTC Coalition. “The NMTC has generated over 1,000,000 jobs and delivered $90 billion in total capital investment through public-private partnerships.”

A majority of the members of the House Ways and Means Committee cosponsored NMTC extension legislation last session, and the new bill starts off with support from 17 members of the powerful tax-writing committee.

U.S. Department of the Treasury data indicates that more than 72 percent of NMTC activity is in severely distressed communities with unemployment rates at least 1.5 times the national average or with poverty rates of at least 30 percent. In FY 2018 alone, the CDFI Fund, which operates the program at the Treasury, reported that the NMTC delivered nearly $4 billion in financing to 680 businesses, community facilities and economic revitalization projects. Communities put the capital to work, creating nearly 9,500 permanent jobs and almost 30,000 construction jobs in areas with high unemployment and poverty rates.

House and Senate lawmakers have added their own perspective to the introduction of this legislation:

“The New Markets Tax Credit is an essential tool for revitalizing rural and urban communities across the country, and is a proven, cost-effective incentive that spurs investment in areas by providing businesses with flexible, affordable access to financing. I am confident that extending the tax credit will continue to help attract new investment in Alabama’s 7th District. New Markets Tax Credits have helped spur a number of important projects in the 7th District, including financing the Entrepreneurial Center in Birmingham and transforming the Huyck Felt brick plant into a new wood pellet manufacturing facility in Aliceville, creating 275 jobs,” said Congresswoman Terri Sewell.

“We care about boosting jobs here in New York and across the country, but unfortunately some small businesses – the backbone of our economy – still struggle to secure a fair amount of capital to spur revitalization. By creating a better environment for businesses we will see transformative projects to thrive – boosting wages, services and economic development where it’s needed most,” said Congressman Tom Reed.

“The New Markets Tax Credit is a critical tool for encouraging new investment in areas that need it most. This program has a successful record of expanding economic opportunities and improving quality of life in areas across our state, whether it’s financing a training center for sheet metal workers in St. Louis or the first new grocery store in more than a generation in Pagedale. This program benefits families and local economies and urban and rural areas alike, and I urge all of our colleagues to support it,” said Senator Roy Blunt.

“In Maryland, the New Markets Tax Credit has been deployed across our state on a diverse range of infrastructure and community development efforts, from an affordable housing project to provide apartments for educators and teachers in my home city of Baltimore, to a multicultural center for low-income minority families in Langley Park. I am pleased once again to be a supporter of this bipartisan legislation, which will create jobs and stimulate our economy in communities across Maryland and across America,” said Senator Ben Cardin. 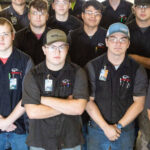 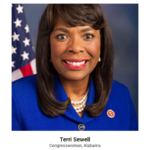 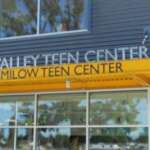 The NMTC has supported the financing of nearly 70 Boys and Girls Clubs across the country.