The Congressional Joint Committee on Taxation estimates the ten-year cost of a permanent extension of NMTC provisions at only $1.38 billion over ten years, while those funds will leverage an estimated $85 billion investment in economically distressed rural, urban, and tribal communities. These communities will benefit from improved services, increased private sector investment, and 700,000 new jobs at a federal cost of under $4,000 per job.

During this Congress, both the Senate and House introduced bills (S. 456 and H.R. 1321) with bipartisan support to make the NMTC extension permanent. Establishing permanence will provide certainty in delivering resources to low-income and marginalized communities, creating jobs, increasing economic opportunity, and improving lives at a time when underserved communities face significant challenges.

Throughout its 20-year history, the NMTC has delivered more than $120 billion to rural and urban communities outside the economic mainstream, which has led to financing to more than 6,000 businesses and projects and over one million jobs.

Establishing the NMTC as a permanent part of the tax code will provide certainty and further promote the in getting patient, flexible capital to low-income and marginalized communities, creating jobs, increasing economic opportunity, and improving lives at a time when the economic frailty of our underserved communities has never been more apparent.

Established in 2000 in the Community Renewal Tax Relief Act (P.L.106-554), the New Markets Tax Credit is a bipartisan effort to stimulate investment and economic growth in low-income urban neighborhoods and rural communities. Since then, the New Markets Tax Credit has financed more than 6,500 projects and created over one million jobs in all 50 states, the District of Columbia and Puerto Rico.

For examples of how the NMTC is making an impact in each state, see the NMTC Coalition’s report, NMTC at Work in Communities Across America, featuring updated state statistics sheets on NMTC efficacy and more than 80 Tax Credit success stories.

The New Markets Tax Credit (NMTC) was enacted in 2000 in an effort to stimulate private investment and economic growth in low-income urban neighborhoods and rural communities that lack access to the patient capital needed to support and grow businesses, create jobs, and sustain healthy local economies. Since its inception, the NMTC has generated more than one million jobs. Today, due to the NMTC, nearly $120 billion is hard at work in underserved communities in all 50 states, the District of Columbia, and Puerto Rico. For more information, visit www.NMTCCoalition.org.

Today, the CDFI Fund opened the 2022 NMTC Application Round. The agency will award $5 billion in allocation some time next year. 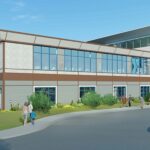 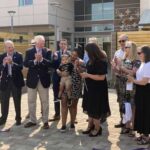 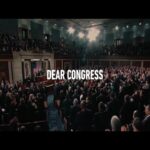