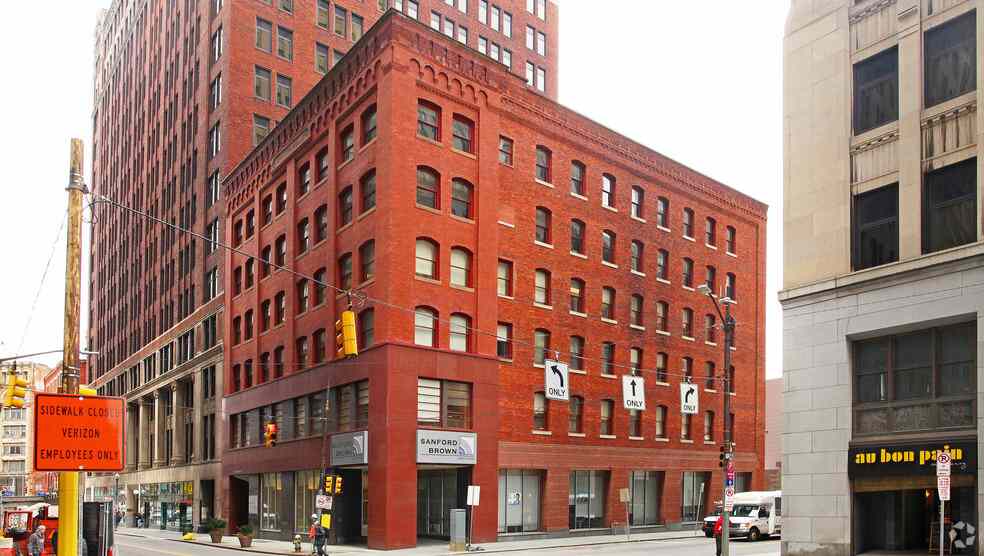 The 421 Seventh Avenue building is located on a prominent corner in the Pittsburgh Central Downtown Historic District, which is listed in the National Register of Historic Places of the U.S Department of Interior. Redeveloping and restoring the building has not only renewed a beautiful Renaissance Revival structure, but has also continued the traditional contribution of historical buildings to the Pittsburgh Skyline and the city's downtown character professions. The fifth and sixth floors are available for occupancy. Project Details: 35,000 SF private secondary education school plus 16,000 SF of office space. Pittsburgh Skyline and the city s downtown character. The 421 Seventh Avenue Building, originally known as the Federated Investors Building, was constructed on the former site of the First United Presbyterian Church. The building is a 6-story, 51,000 squarefoot Renaissance Revival style brick-and-steel frame office building.