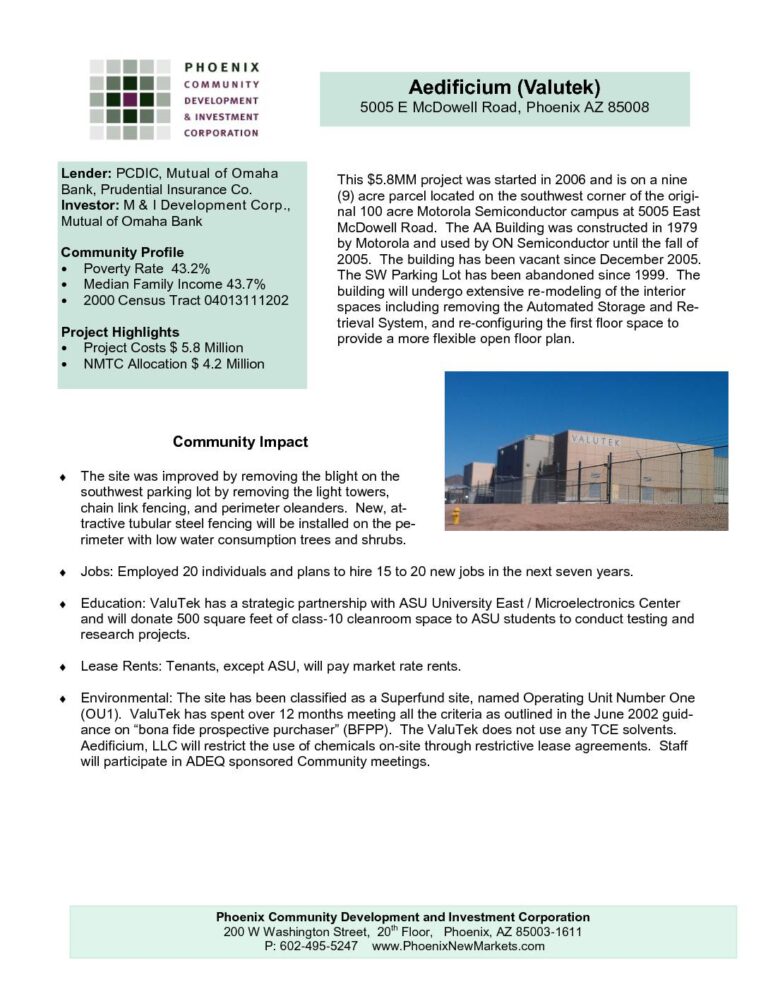 This $5.8MM project was started in 2006 and is on a nine (9) acre parcel located on the southwest corner of the original 100 acre Motorola Semiconductor campus at 5005 East McDowell Road. The AA Building was constructed in 1979 by Motorola and used by ON Semiconductor until the fall of 2005. The building has been vacant since December 2005. The SW Parking Lot has been abandoned since 1999. The building will undergo extensive re-modeling of the interior spaces including removing the Automated Storage and Retrieval System, and re-configuring the first floor space to provide a more flexible open floor plan.