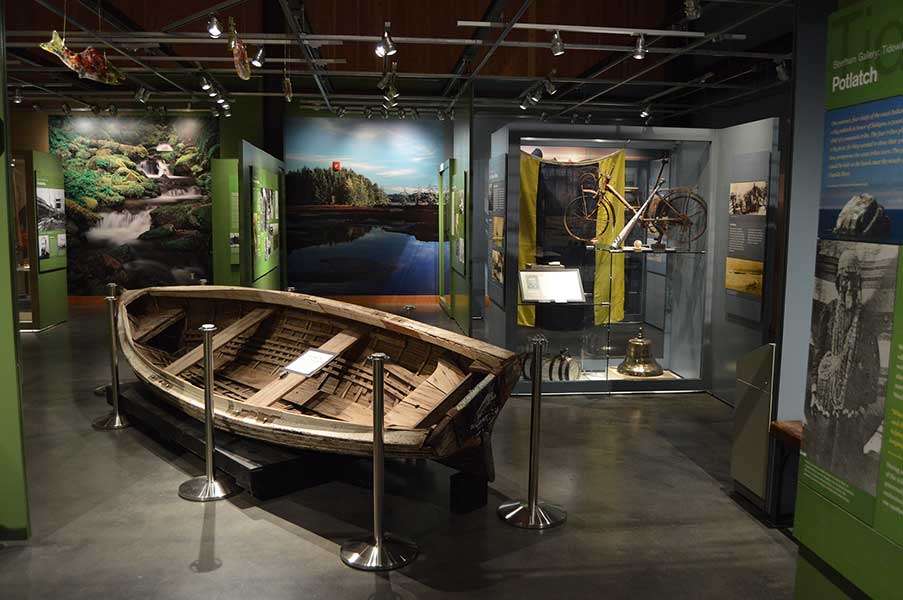 In 1891, citizens of Coos County, Oregon formed the Historical Society. This act has led to the donation of over 50,000 artifacts and 250,000 images, housed in the Coos History Museum. When the surrounding community began to deteriorate and businesses moved away, the museum suffered a major decrease in visitors. In 2002, they began efforts to relocate and expand the museum in a way that would allow it to recapture its status as a community treasure and attraction.

In an effort to pursue this vision, and in an act showing extraordinary support and belief in the project, the city donated $1.8 million in key waterfront land along Highway 101. As travelers drive down the highway, they would be drawn in by the sight of the museum in front of the water and just two blocks from historic downtown. The museum would be able to join the other tourist destinations along this highway, which draw tens of thousands of visitors, and in turn drive that businesses into the shops, restaurants, and services nearby. The community believed strongly in this project; of the $6.4 million raised in donations, 72% were of $1,000 or less.

Despite all of this support, the costs of this catalytic project were still too high. The project stalled for two years. The community was devastated by unemployment 186% of the national average. The governor made a statement that 15 new jobs in Coos Bay are as important as 200 new jobs in
Portland. In the face of urgent need for new development – the first besides a casino in 30 years – the project simply could not move forward.

In 2012 CBO’s subsidiary, Community Development Funding, came to the aid of this suffering community. CDF provided $9 million of its New Markets Tax Credit allocation, and secured an additional $8 million allocation from the State of Oregon. Now, construction on this crucial project is finally completed. It has generated almost $58 million in the payroll of those involved in construction, and supported over 40 families. Since opening, the museum has provided interpretive exhibits, programming and convening space for 6,900 people, and given educational tours to over 400 students.

CDF is proud to have made this project possible, revitalizing an extremely distressed community, and greatly improving the lives of its residents and visitors.