Rehabilitation of the historic Dalton Building into a mixed-use development that now houses offices and residential. 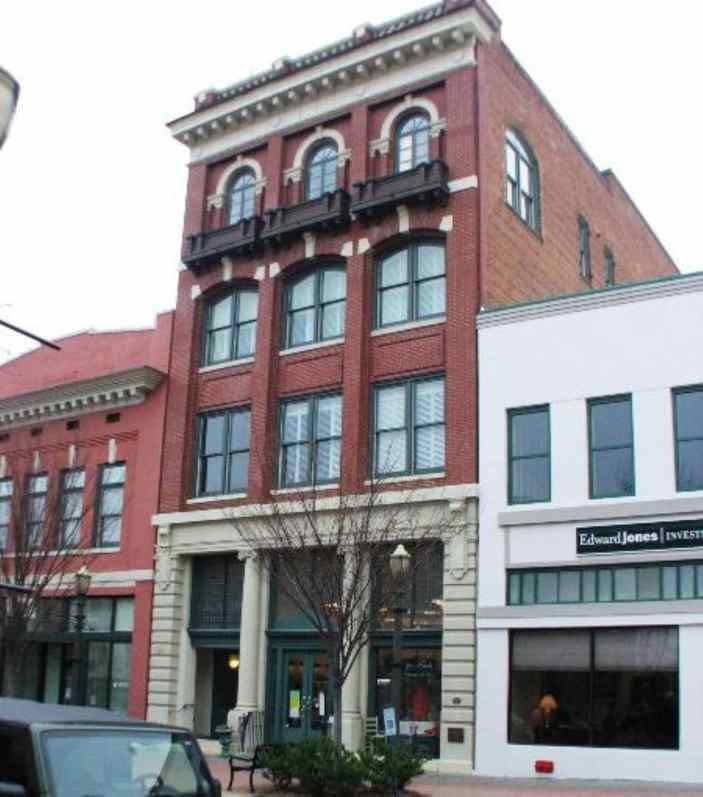 The $5.8 million historic rehabilitation of the Dalton Building, a former bank, created 23,000 square feet of upper-floor apartments and first-floor retail and office space in Rock Hill, South Carolina (population 69,270). The rehabilitation project has helped cement the character of the downtown, while providing first-rate upper-floor housing.

For almost fifteen years, the most prominent structures on Main Street in the South Carolina community of Rock Hill sat vacant and abandoned. The former Peoples National Bank and Trust Company was once a key fixture of the community, but an economic shift to the surrounding suburbs in the 1970s brought a downturn
to the entire Central Business District of Rock Hill. The tide has started to turn back in recent years, however, with the rehabilitation of several historic structures and the adoption of the National Main Street Center’s four-point revitalization approach. The redevelopment of the Peoples Building and its annex into a mix of retail and residential uses strengthens this trend and supports the community’s goals of attracting residents and retail downtown.

The rehabilitation of the Dalton Building and Annex into a mixed-use development is an important component of downtown Rock Hill’s revitalization. As the properties possess landmark status in the community, it is a major boost to Rock Hill’s vitality and self-image to have these two buildings restored and occupied. They represent an important link to the past that now stands renewed.