Rehabilitation of a former manufacturing facility into an art museum 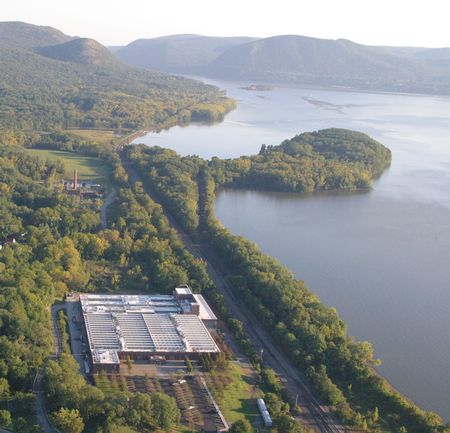 Andy Warhol and Joseph Beuys are among the many artists of the ‘60s and ‘70s who experimented with light, space, and dimension in huge sculptures or multipainting series and whose masterpieces are being safely preserved by the Dia Art Foundation in Beacon, NY. The 2003 opening of the Dia:Beacon gallery in Beacon created a permanent home for these important pieces of art, as well as revitalized an aging industrial factory that had been vacant since 1991. After receiving a donation of the former Nabisco carton-making and printing plant, the Dia Art Foundation planned a dramatic reuse of this 292,000 sq. ft. former industrial space. Built in 1929, the structure is a superb example of early twentieth century industrial architecture and is the only one of its kind in Beacon, NY. The finished rehab is an array of stunning single-artist galleries renovated specifically for each installation. The structure’s 34,000 square feet of skylights and wide expanses between columns provide an optimal setting for viewing the renowned, yet rarely seen, contemporary art collection. National Trust Community Investment Fund provided Dia:Beacon with an infusion of both historic and NMTC equity which were used, in part, to create an operating reserve that helped cover projected operating deficits of about 70% of the budget in the first five years of operations. Opened in 2003, Dia:Beacon has had a significant impact on its economically distressed surroundings as this formerly vacant property now draws approximately 145,000 visitors each year and employs 44 workers. Its total economic impact on the county is estimated at $10 million to date. It has also helped transform the Beacon area into a vibrant artist community. Furthermore, education programs at Dia:Beacon provide benefits to low-income and special needs children in the area.