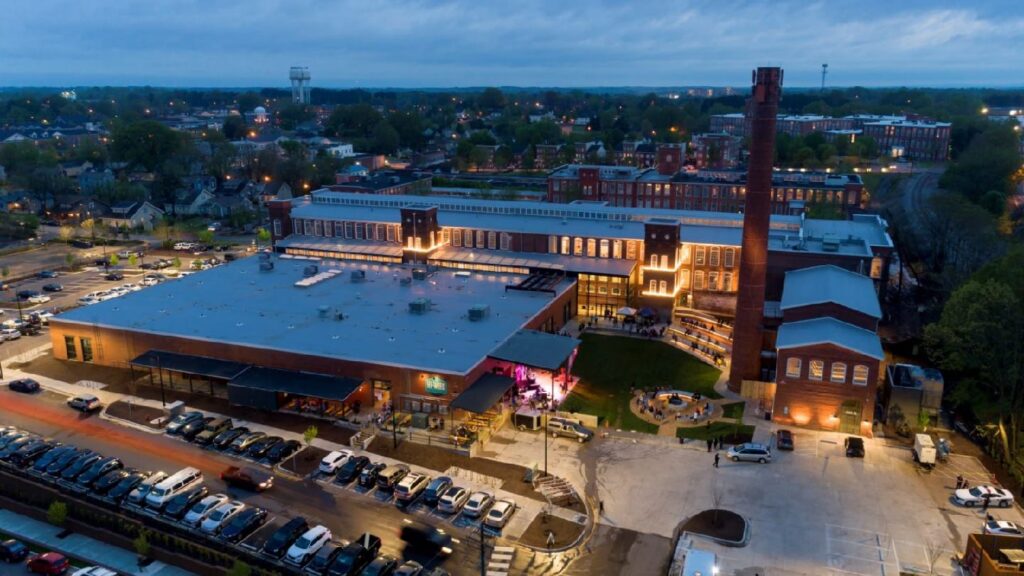 Throughout the late 19th and early 20th century, downtown Durham, North Carolina was a thriving manufacturing center engaged in the tobacco and textile industries. However, as both industries declined in the 1960s, so too did the vitality of downtown Durham. Steady disinvestment over the years led to physical deterioration of the neighborhood, and the once vibrant factories sat vacant. Golden Belt was a textile factory that produced pouches for Bull Durham loose leaf tobacco and then, paper cigarette cartons. When tobacco moved out, the Golden Belt complex was donated to the Durham Housing Authority (DHA) who in turn, sold a majority of the facility to Scientific Properties, LLC, a North Carolina-based real estate and development company, in 2006.Scientific Properties planned to convert the historic site into a mixed-use commercial, arts, and residential space, with the potential to spark additional revitalization of the neighborhood, but was unable to secure $12 million in gap financing needed to complete the $26.3 million project. In 2008, Scientific Properties approached Self-Help Ventures Fund, a community development entity based Durham for a financing solution. Self-Help recognized the project’s potential to anchor the area’s revitalization, but at the time had only $8.2 million in NMTC financing remaining in a blind pool – not enough to bridge the $12 million gap – so they turned to Wachovia (now Wells Fargo) to borrow $3.9 million in NMTC allocation to secure the financing needed to make the Golden Belt Complex project viable. The $12 million in total NMTC financing enabled Scientific Properties, LLC to rehabilitate a deteriorating factory; generate 140 construction related jobs and 400 permanent jobs; put six warehouses back into use; and provide affordable commercial and office space for local businesses and non-profits that serve community residents, including the Center for Employment Training. Additionally, the Golden Belt Complex provides 35 artist studios, an art gallery, 37 loft apartments, office space, a cafe, and multiple ground floor retailers.
North-Carolina-Golden-Belt