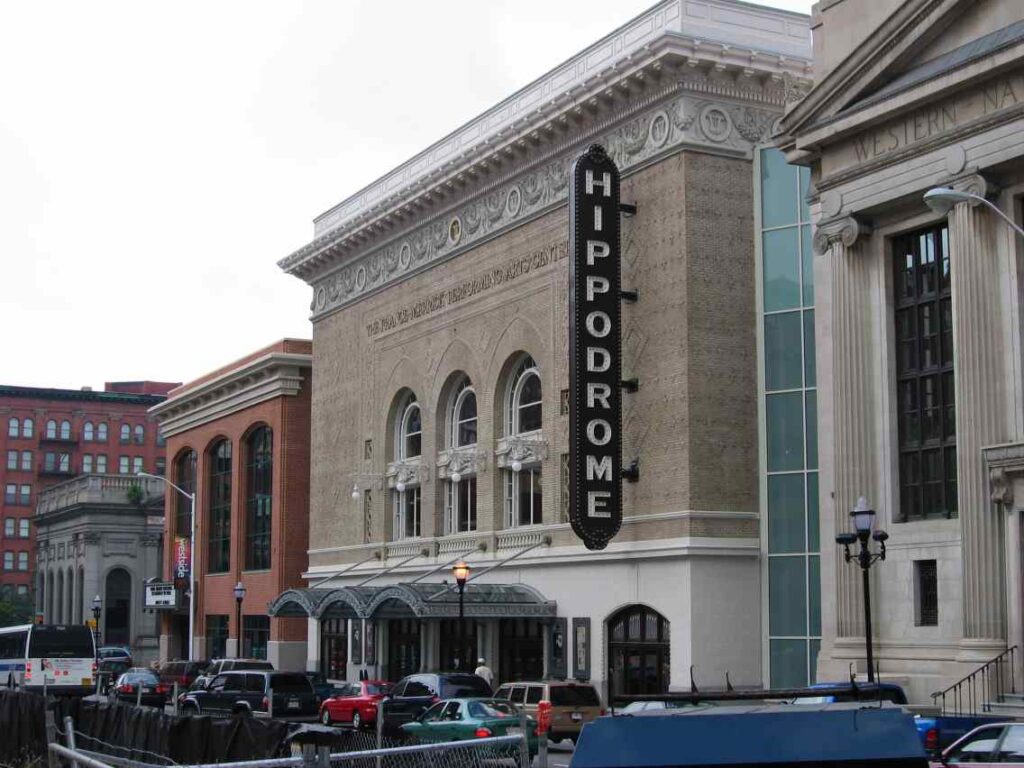 Background:
Baltimore’s historic Hippodrome Theatre was built in 1914, just before World War I, and designed by leading theatre-architect of the time, Thomas Lamb. As one of the first theatres to show motion pictures, the Hippodrome played an important role in the annals of Baltimore entertainment history. Though once the center of social activity on the West Side of the city, the theatre had deteriorated over the past few decades, standing only as a prominent reminder of a formerly vibrant retail district.

The Project:
The $71 million rehabilitation of the theatre, now known as the France-Merrick Performing Arts Center, restored three historic buildings to their former splendor. Their distinctive exterior cornice and marquee of the original Hippodrome Theatre was recreated in addition to extensive interior refurbishment. The great room of the Western National Bank, built in 1887, became the grand north lobby. The Eutaw Savings Bank, built in 1888 was transformed into a unique multi-purpose facility, appropriate for events, receptions, and small performances.

Community Impact:
A study conducted by the Maryland Stadium Authority revealed that the total impact due to construction of the theater consists of $78 million in expenditures, $33 million in personal income, about 1,095 construction jobs and $2 million in state and local tax receipts. Those numbers include secondary impact, or so-called “ripple” effect. The 2,250-seat theatre is expected to draw 410,000 patrons in its first year of operations, The total impacts from the operation of the Hippodrome averaged over a 5-year period are projected to yield gross total economic impact of $26 million in expenditures, about $18 million in personal income, 490 permanent jobs and $1.9 million in state and local tax receipts.