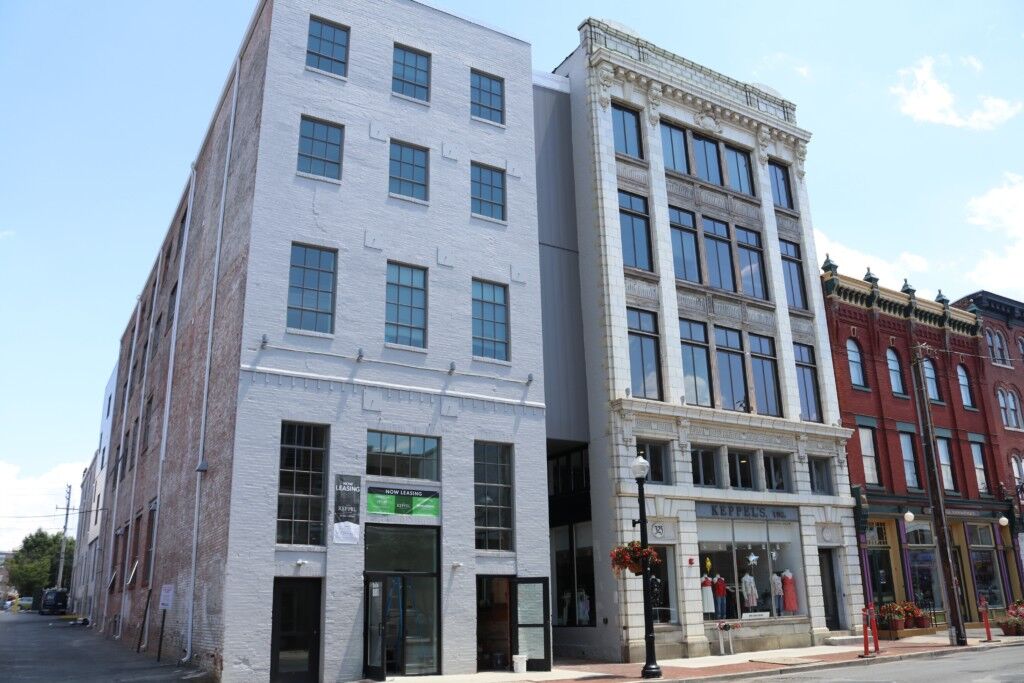 CCG invested $7 million of NMTC allocation towards the $8.8 million rehabilitation of Lancaster’s historic Keppel Building, originally built in 1887 by the Keppel Candy Company, and expanded in 1913. The Project transformed two connected four story buildings into a modern, mixed-use project that includes retail and 38 apartments, 8 of which are available as affordable units. The 70,000 square foot project was developed in partnership with Pittsburgh-based Zamagias Properties.

The buildings had reached severe deterioration and had been vacant after condemnation by the City of Lancaster. The project was eligible for federal historic tax credits, and Zamagias Properties utilized more than $1.2 million in federal historic tax credits and the State of Pennsylvania’s PennVest “Nonpoint Source Program” grant to help cover costs for storm water retention.

The existing first floor commercial space was upgraded and expanded to include a coffee shop, venue space, and additional office space. A portion of the second floor space now houses local businesses and non-profits. The upper three floors are being completely renovated as 38 new apartments, with 20% allocated as affordable units.

Since 1998, Lancaster has been working from strategies and recommendations that were outlined in “Lancaster’s Economic Development Action Agenda.” The Keppel Building is located in an identified “downtown core gateway” and was a targeted location for façade and property enhancements.