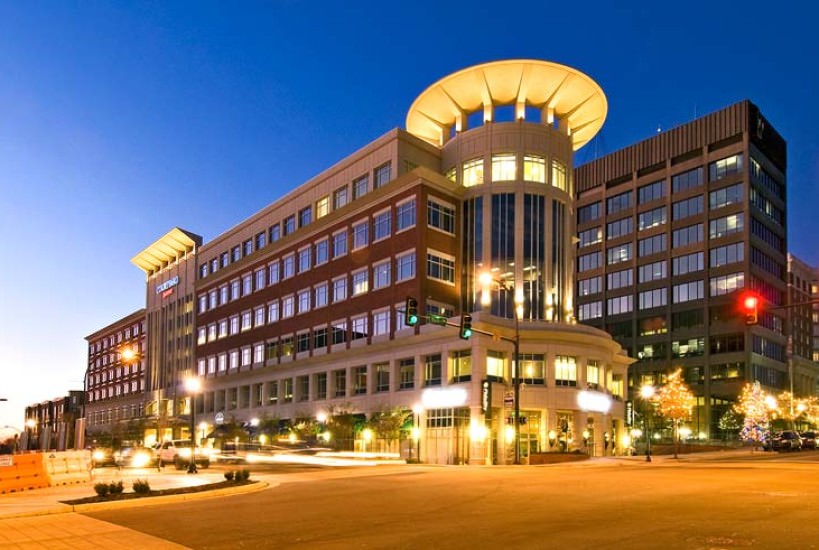 Located at the intersection of Main Street and Broad Street, the 6-story, 239,500-square-foot mixed-use project features 64,500 square feet of retail and office space; a 250-space 88,000-square-foot parking garage; a new 135-room, 87,000-square-foot Courtyard Marriott; and locally-owned Nantucket Seafood Grill. Project construction began when the economy was in bad shape, costs were high and the future uncertain. Those were not the times when most developers were willing or able to undertake a significant construction project, least of all one in a downtown urban center. “The project was a major expense. Major, major,” Project Developer Bo Aughtry said. “We built that project, one could argue, at the worst economic time since the Great Depression. That project was priced out at the absolute peak of construction costs at the cusp of the downturn.” What made the project possible, Aughtry said, was $27.5 million in New Market Tax Credits from Carolina First and Greenville New Markets Opportunity.