After sitting idle for more than three decades, the Pere Marquette R.R. Depot became the bustling center of activity that it was over a century ago. 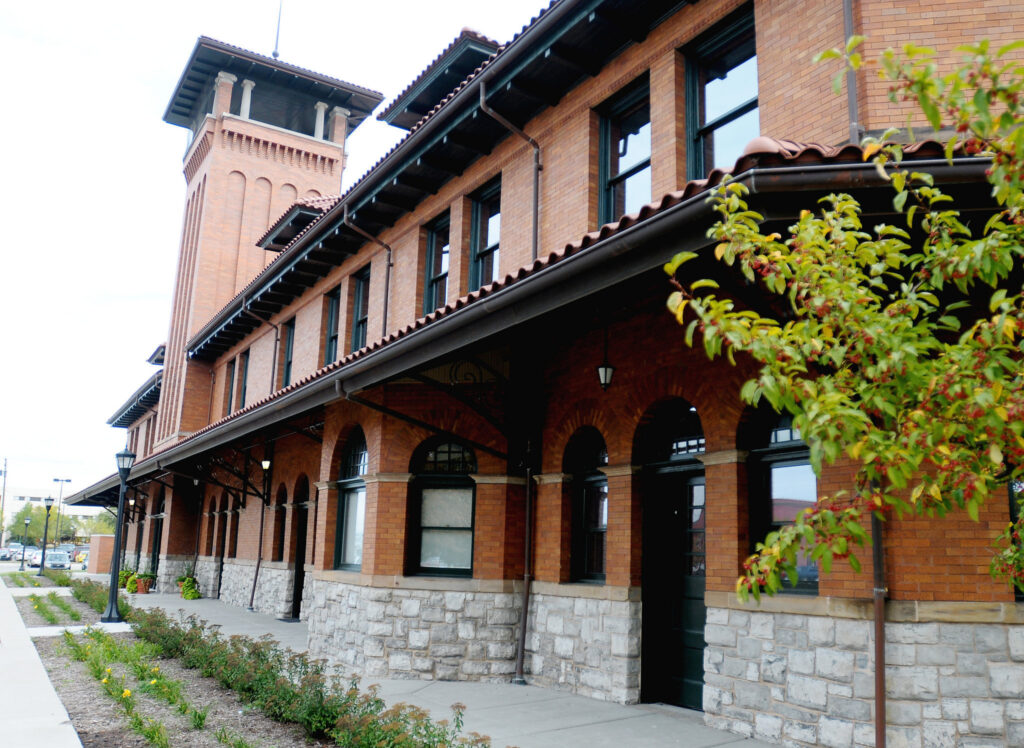 After sitting idle for more than three decades, the Pere Marquette R.R. Depot became the bustling center of activity that it was over a century ago. The restoration project of this registered National Historical Place was made possible through a cooperative effort of the Great Lakes Foundation and the city of Bay City. Now completed, the beautifully restored depot displays many of its original features and serves as the central location for several agencies as a resource information center for citizens and tourists on the greater Bay City area.

In 2003, the Great Lakes Center Foundation purchased the Depot with the intention of restoring it to house local nonprofit tenants. Restoration of the Depot was designed to adhere to the Secretary of the Interior’s Standards for Rehabilitating Historic Structures, and began in the spring of 2007. The tower, canopy, and porte cochere were recreated, door and window opening returned to their original configuration, and the two-story waiting room restored, complete with recreated ticket office. The remainder of the interior was rehabilitated to provide office and support space. In June 2008, the Pere Marquette Depot had new tenants move in for the first time since 1969. The Bay Area Community Foundation is located on the second floor and the Bay Commitment College Resource Center is located on the north end of the first floor. The beautifully-restored Waiting Room area is available for event rentals.