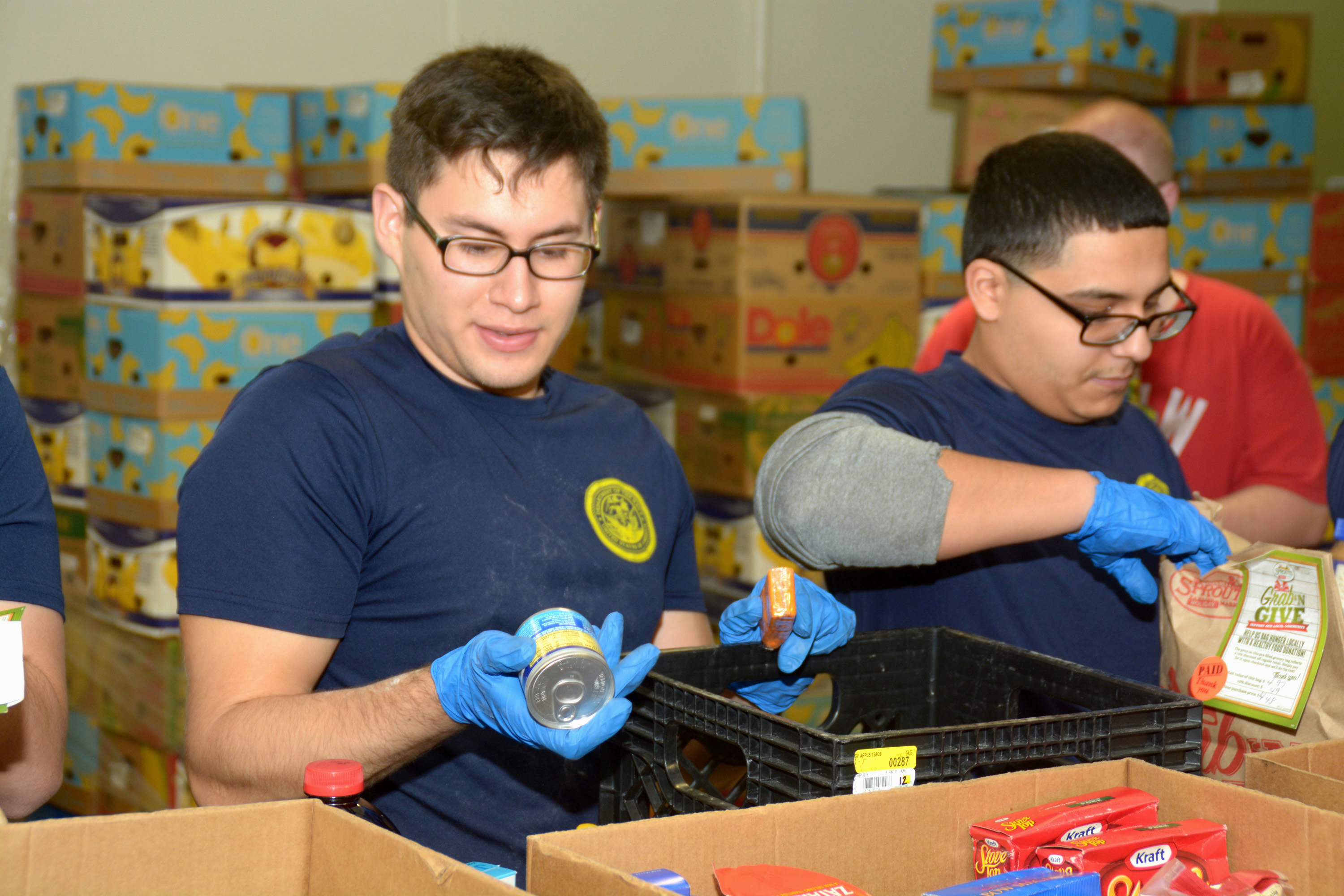 Founded in 1980, the San Antonio Food Bank (“SAFB”) is a non-profit organization that serves as a clearinghouse, receiving and storing donated food, fresh produce, and other groceries. SAFB distributes these items in manageable quantities to over 500 independent partner agencies that help people in need. However, SAFB’s activities are not limited to distributing food to street-level food kitchens; SAFB also operates programs to help people escape the poverty that results in chronic hunger and encourages better nutrition throughout the region via additional services.

Texas is ranked 2nd in the country in household incidences of food insecurity – unreliable access to sufficient, affordable, nutritious food – with 1 in 6 Texans living in food insecure households. The need in San Antonio is even more dire: one in five adults, and one in four children reported struggling with food insecurity in the past year. Seniors are equally at risk, and often have to choose between adequate nutritious food and vital medical services.

SAFB has grown its reach to include 16 counties, feeding 58,000 people a week. Of the 58,000 clients served weekly, 35% are children, 25% routinely have to choose between food and medical services, 46% work and still face food insecurity, and 67% have incomes below the federal poverty level.

The new 50,000 sf facility will house a production kitchen, an expanded area for culinary training, a vegetable prep plant, and a seasonal venison processing plant.

Beyond the physical characteristics of the new facility, it will support four key SAFB efforts, the Culinary Training Program, the Production Kitchen, a “Grab-and-Go” salad prep plant, and SAFB’s “Hunters for the Hungry” program.  The SAFB has run a hugely successful culinary training program for more than a decade that targets the homeless, disabled, and long-term unemployed with the training. This new facility would offer new classroom and teaching space. The greater San Antonio region has hundreds of unfilled positions today in the hospitality industry, and this expansion would allow SAFB to double the number of participants per class (from 8-10 per class to 16-20 per class). Classes run in 18 week blocks and will soon be offered with a guaranteed job and stipend.

The new facility would be home to a state-of-the-art production kitchen capable of putting out more than 10,000 meals a day. One of SAFB’s primary goals is to meet the near-constant demand for meals for children and seniors but the kitchen in the existing facility limits SAFB’s ability to meet that demand. The new kitchen will operate 2-3 shifts per day and as many as 7 days a week.  The addition of this kitchen would allow the current kitchen on the Westside campus to become home to Catalyst Catering, SAFB’s social enterprise, which is now using a kitchen offsite.

This development plan also includes a new “Grab-and-Go” salad prep plant where SAFB would wash, store, prep/chop, and assemble healthy salads (with as much of the produce as possible coming from its own farms) for distribution via its social enterprise efforts and mission programs.  The organization is the leader in southwest Texas in promoting healthy eating, and the addition of a salad prep plant would afford a wider variety of healthy food options to those facing hunger. SAFB envisions the salads offered on a Grab-and-Go model, creating a new source of revenue to support its catering and Mobile Mercado social enterprise programs.

Lastly, the new 50,000 building will expand SAFB’s existing “Hunters for the Hungry” program that allows individual hunters and ranch owners to donate harvested deer to be processed for free, with the venison going to the SAFB as an additional source of high-quality protein for its meals. South Texas has the largest deer population in the United States and existing local processors participating in similar programs that use harvested deer to feed the hungry simply cannot handle the volume. So SAFB plans on addressing this opportunity by building out its own (seasonal) processing plant to meet the need.

The SAFB may also expand this processing plant to allow for the processing of feral hogs, which cost Texas neighborhoods, farms and ranches hundreds of millions of dollars in damage each year.  The State of Texas allows for hogs to be trapped live and taken to a USDA inspected facility for harvesting. This new processing plant would help address both the State’s ballooning feral hog population and its pervasive food insecurity.

In January, 2020, Crescent Growth Capital assisted SAFB with the closing of a $19M NMTC financing, utilizing allocation provided by Texas Mezzanine Fund, McCormick Baron Salazar, and PeopleFund and an investment from US Bank.

This project will create 9 direct FTE positions, as well as an estimated 40 construction jobs.  Furthermore, the culinary training program will soon be able to offer its graduates with a guaranteed job as well as a stipend, so the ancillary job creation from this programming alone will be roughly 120 positions over the first three years.