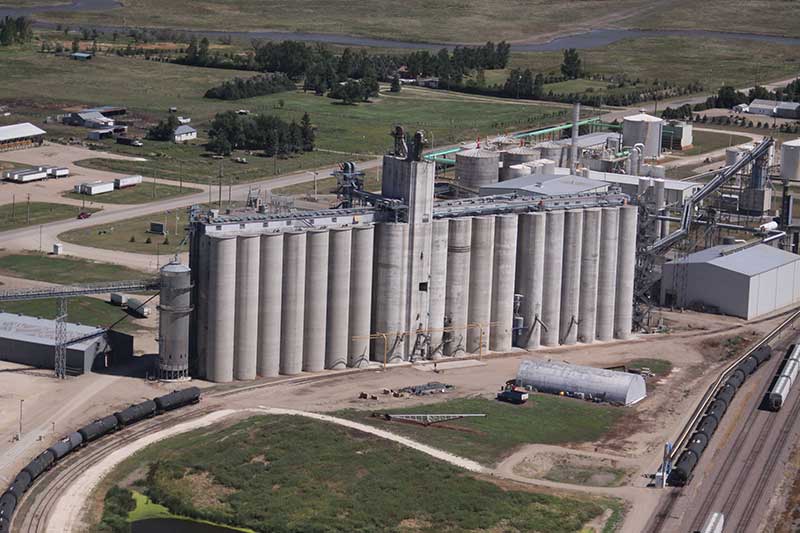 The construction of a grain terminal in Cresbard, South Dakota will greatly improve the receiving, storage, and drying facilities of grain in a remote part of the state where farmers have little access to commercial storage and grain origination and transportation. The CDE, Rural Development Partners (RDP), used its New Markets Tax Credit (NMTC) allocation to provide a $14.25 million loan to fill a financial gap and make the Cresbard project the first large-scale project the community has seen in over a decade.

In recent years, the town has lost its grocery store, pharmacy, a machinery dealer, a grain elevator, a bank, a hardware store, and numerous small businesses that served as its core. In less than a decade, its job base has literally disappeared. With total population shrinking to only 2,600 people in the whole county, there have been too few persons to support retail and service economies. The county tax base has been diminished radically, leaving infrastructure in poor condition. Then, in 2006, Faulk County experienced severe drought and was designated a USDA Federal Disaster Area. Farm production came in at less than 50% of a typical yield, local disposable income was negative and trends continued to worsen. The parent owner of Cresbard Terminal, the South Dakota Wheat Growers Association (SDWGA), is a local, resident-owned cooperative that has as many as 16,000 member owners in North and South Dakota. All profits generated by the cooperative are distributed to its local resident members, many of whom are low-income. In collaboration with CoBank acting as leverage lender and US Bancorp Community Development Corporation as investor, the Cresbard project was able to fill its financing gap with $14.25 million of NMTC loan financing.

The Cresbard Terminal serves several hundred farming operations in the Faulk and Spink county region. With a local facility, farmers are able to generate substantial savings in time and transportation costs. Rather than trucking their grain for over 50 miles at harvest, farmers deliver grain directly to the facility. One hundred percent of the profitability of Cresbard Terminal accrues to the benefit of resident owners. The facility also serves as a feeder origination house for ethanol plants in the surrounding area, which are also cooperatively owned by area residents.