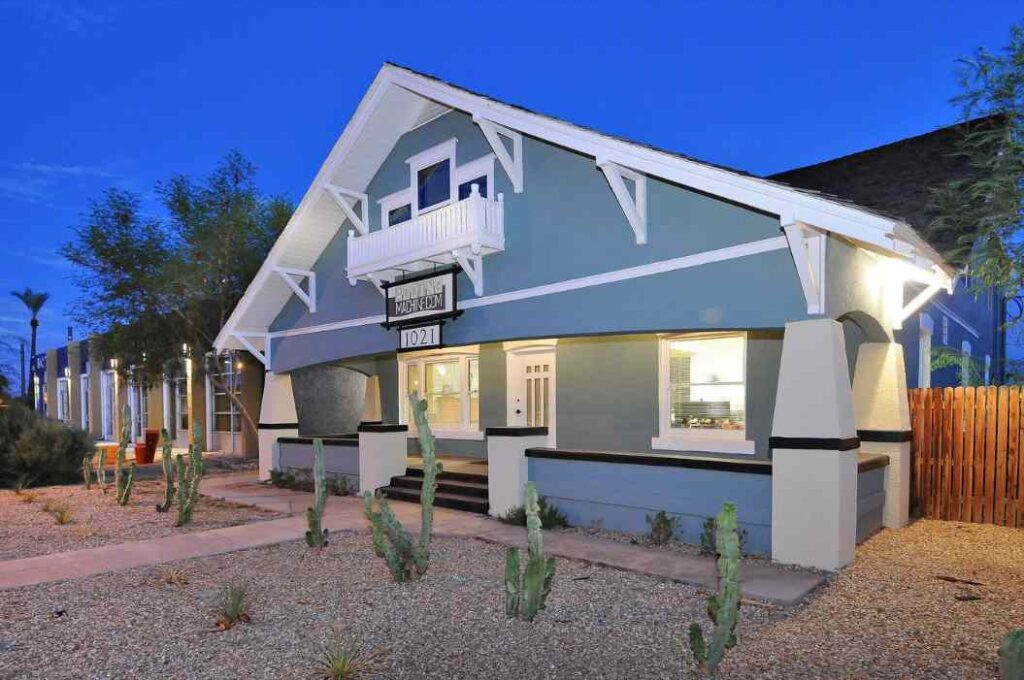 The Swindall Tourist Inn is the last known surviving African American boarding house in Phoenix, Arizona used during the Jim Crow era.[2][3] The building itself was built in 1913 and was sold in 1940. Until its selling, it was used as a boarding house, predominantly for African American lodgers. The building has since been converted to office use.