The AVAPCO project consists of the acquisition, expansion and leasing of an existing biomass research, development, and demonstration facility located in Thomaston, Georgia. 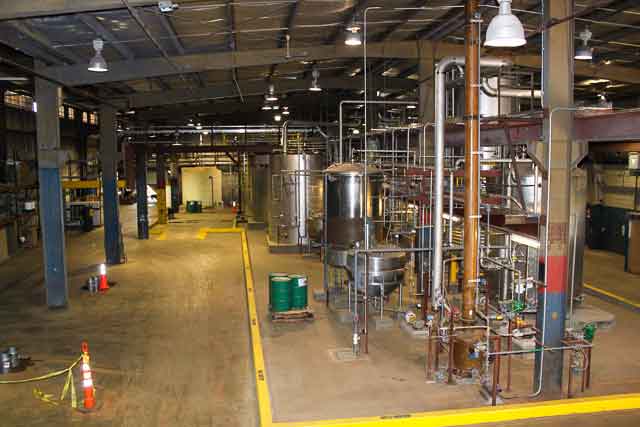 The AVAPCO project consists of the acquisition, expansion and leasing of an existing biomass research, development, and demonstration facility located in Thomaston, Georgia. The expansion enhanced the production capabilities of the facility and allow it to produce Nanocellulose from biomass feedstock.

Nanocellulose is a renewable, biodegradable, compostable fiber that is as strong as Kevlar™. Nanocellulose is a versatile material with a vast array of commercial applications including composites and foams for automotive, aerospace, and building construction, viscosity modifiers for cosmetics and oil drilling fluids, and high performance fillers for paper, packaging, paints, plastics, and cement. Nanocellulose fibers can also be used to replace petroleum products in the production of plastics.

The Project created 55 direct, quality, permanent full-time jobs including engineers, chemists, operators, technicians, and managers in a low-income community where the unemployment rate is 21.3%. Approximately 33% of these positions were filled by low-income persons or by residents of the low-income community.

AVAPCO worked closely with the Southern Crescent Technical College to recruit for a significant number of positions from graduates of Southern Crescent. In addition to creating new direct jobs at the facility, the ongoing operation of the facility provides millions of dollars each year to the local community and support approximately 100 indirect jobs for companies providing goods and services to AVAPCO.