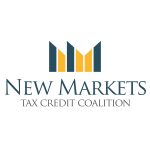 “The House Ways and Means tax reform proposal released today by the majority demonstrates an appalling disregard for low-income rural and urban communities by repealing the federal New Markets Tax Credit program, a vital piece of America’s tax code that has leveraged over $80 billion in public-private investments and created more than 750,000 jobs in some of our country’s poorest neighborhoods and towns,” said Bob Rapoza, spokesperson for the NMTC Coalition. “Unfortunately it will be these communities, in addition to the hardworking people living there, that will bear the burden of the omitted NMTC – the very places that can least afford it. This can only be described as penny wise and pound foolish – with repeal of NMTC saving less than $1.8 billion over the 10 year period. Today’s repeal is a  serious misstep that will be felt by communities nationwide.”

The NMTC Program has strong, bipartisan backing among House and Senate lawmakers, evidenced by the strong list of cosponsors for NMTC Extension Act of 2017 (H.R. 1098 and S. 384). Further, this federal program has won support from thousands of economic development groups, businesses and communities nationwide who sent a letter just a couple weeks ago to the House Ways and Means Chairman Kevin Brady (R-TX), as well as to the Senate Finance Committee and its Chairman, Orin G. Hatch (R-UT). Signatures on the letter came from banks and credit unions; nonprofits; businesses, ranging from very large businesses to small, family-owned operations; city governments; state and local elected officials and agencies; and associations that represent thousands of members.

Rapoza adds, “Whatever the potential benefits of tax reform, economically  distressed rural and urban communities will still need the patient, flexible capital provided by NMTC to build their economies, create jobs and foster economic opportunity. Fortunately, this isn’t the end of the road, but just the first step in a process. We hope that when we see the Chairman’s mark released on Monday, this mistake will be remedied. Congressional supporters of the NMTC will have several more chances to fight for its inclusion before Congress finalizes a tax bill and we urge them to act swiftly to ensure our country’s most economically distressed communities are not once again left behind and forgotten by the federal government.”

Established in 2000 in the Community Renewal Tax Relief Act (P.L.106-554), the New Markets Tax Credit has financed over 5,000 businesses, hospitals, daycare facilities, and manufacturing expansions. Learn more about those projects on the NMTC Coalition website.