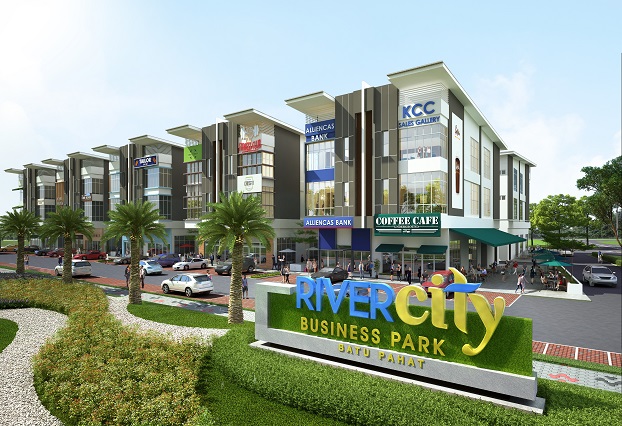 The River City Business Park project involved $70 million redevelopment of a long-abandoned brownfield site into a 54 acre LEED-certified business park in a highly distressed community on the southern edge of St. Louis. The project consists of five buildings of light-industrial andoffice business park use with walking paths and green space. Abandoned since the 1990s, the site was formerly the Cardondelet Coke Plant and required $13 million of environmental remediation over six years prior to its successful redevelopment. The site was one of the largest pieces of vacant property within the City of St. Louis and was a substantial barrier to the revitalization efforts in the Cardondelet neighborhood. Due to the lack of development at the site and long-standing issues with the property, the development group was unable to secure tenants prior to development. Central Bank of Kansas City (CBKC) provided $6 million of NMTC allocation through its affiliated CDE to support the $14.3 million first phase of the business park which included site development and construction of the first 125,000 SF light-industrial building. The site was one of the top priorities of the City of St. Louis and identified by CBKC for allocation through its outreach to the city and relationship with local developers. US Bancorp Community Development Corporation purchased the NMTCs, providing more than $1.9 million in capital to the project. The City of St. Louis provided $1.5 million in Tax Incremental Funds, Protective Life was the overall project financial partner, providing a project loan totaling more than $8.2 million, with Midland States Bank and the Carpenter’s District Council providing construction and infrastructure financing. The project developer contributed more than $2.7 million in equity. The project broke ground in November, 2015 and during construction 60 FTE positions were created. The first building was completed in Q2 of 2016 and is currently finalizing a contract for a long-term tenant to occupy it. The tenant employs about 96 permanent full-timeequivalent positions with an average salary of $41,700 and employee benefits including medical, a retirement plan, and paid sick leave and vacation. Additionally, the project served as the initial catalyst for River City Business Park by stimulating future construction of approximately575,000 sf of additional industrial, flex and office space that is estimated to support more than 900 jobs. The office park is able to make use of nearby highways, rail lines, and barges on the Mississippi River.
Missouri-River-City-Business-Park