The SEED School of Los Angeles is part of a catalytic Transit Priority Joint Development Project at the major intersection of Vermont and Manchester in South Los Angeles. 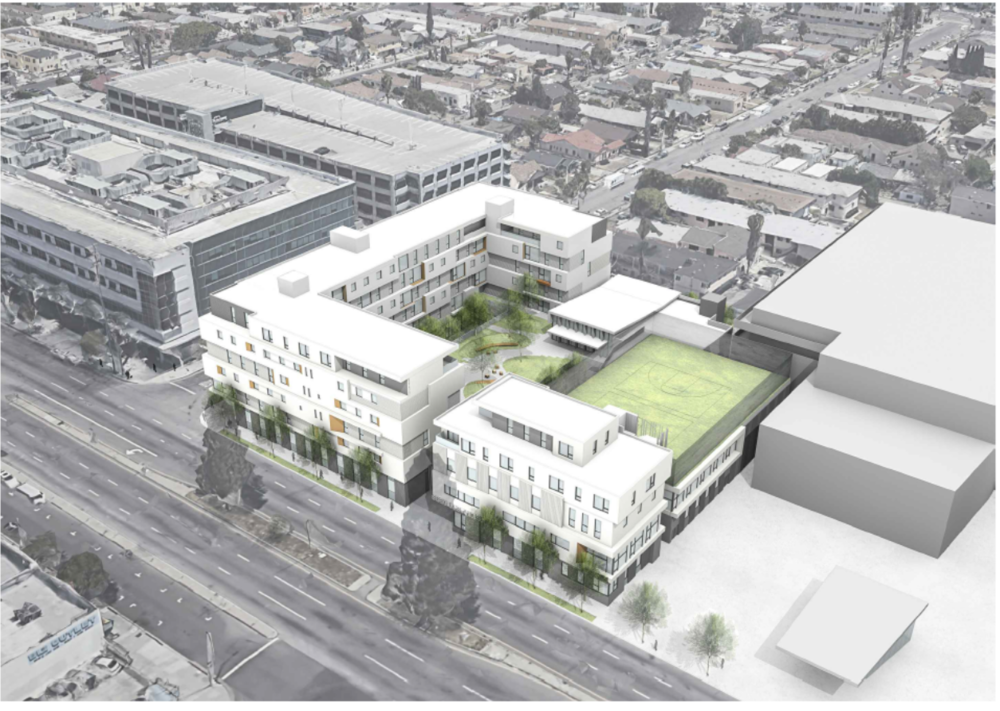 The SEED School of Los Angeles is part of a catalytic Transit Priority Joint Development Project at the major intersection of Vermont and Manchester in South Los Angeles. The 4.2 acre project site has remained undeveloped since the civil unrest of 1992 (related to the acquittal of the Police Officers that killed Rodney King), and has become a source of blight and neglect in the community. SEED LA will be the first of its kind in California, and hopefully a model that can be replicated throughout LA County, and California at large.

SEED LA is a 400-student public charter boarding high-school school located in South LA. The SEED LA campus will include classroom and administrative spaces, 170 dorm rooms, 20 apartments for staff, a dining hall with a commercial kitchen, a full gym, and outdoor recreation space. SEED LA is a part of a larger redevelopment which includes a mixed-use development that will include affordable housing units, a grocery store, retail space and a Metro transit training center and plaza.

Although this school would be a brand new, start-up, there are other SEED network schools, notably in DC but also in Miami and Baltimore. Target students are about 50% neighborhood, based on lottery, giving priority admission to youth who have interaction with LA County Children and Family Services (foster youth), are homeless or housing insecure, or have an immediate family member who is incarcerated.